5 Most Common Security Challenges for Businesses in Ireland 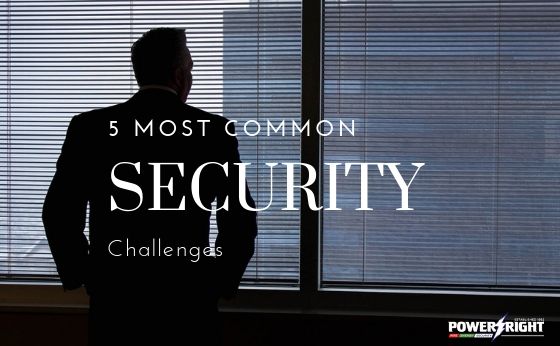 Despite the fact that technology has evolved into becoming more efficient and effective in regards to protection against attacks, today’s business world is still subjected to threats.

Before, there were only physical threats and attacks on offices, stores, and factories; then, the focus came onto cyberattacks revolves around data mining, ransom, and disruptions. Now, we are in a time where cyber has merged with the physical – creating the most dangerous environment for businesses. According to the Irish Data Protection Act of 2018, all businesses are required to install proper alarm systems to ensure business security is intact.

A few of the most common threats experienced by businesses include the following:

With the creation of the Internet of Things (IoT), entire offices have become interconnected. All functions are controlled and carried out through a singular network used in all factions of the business. Accordingly, if an attacker were to hack into the software or gain access to the computers, they would be able to incur massive losses to the business –starting from one point to the next.

Fired employees, robbers or any unauthorized personnel can do whatever damage they please if they hack into the business system and take control of alarm systems as well as surveillance cameras. As such, it is imperative to create a certain distance between the system of operations and security measures so that such threats can be mitigated. A multiple step verification process for security systems is vital in the world of increased connectivity.

There are many businesses that allow unauthorized personnel to enter their buildings. This could be due to the nature of their business, a failure to update employee records, inadequate alarm systems, and the like. If someone with malicious intent were to reach the main operations, they would have access to all sorts of private data and information that they could misuse, steal, or alter to sabotage the business.

Thus, proper business security protection through guards, facial recognition, thumbprint entries, and multiple checkpoints is absolutely essential. Many businesses in Ireland have already taken steps to secure themselves in light of such events.

When employing a large security force that works around the clock, matters can get messy because the nature of the job is tiring. It is monotonous, exhausting and extensive which makes for a complacent overworked security team.

Sure there are specific threats that automation will bring, like being easily hackable, it is still the best solution. There are various preventative measures that businesses can take to deal with hackers like having multiple passwords, unique recognition, and the like. The chances of human error are reduced dramatically, thus resulting in fewer threats to the business.

Many businesses in Ireland neglect proper training sessions for employees, which is what results in breaches of security every now and then. These individuals are not aware of the repercussions of an attack and are, therefore, not as particular as they need to be.

Proper training would entail understanding the way alarm systems work, what to do if an alarm goes off, how to go through or sort out surveillance, how to restore a malfunctioning security system and how to prevent hacks.

As time progresses, the number of rules and laws that businesses have to abide by has increased dramatically. Aspects like access to buildings, rooms, and equipment in offices along with surveillance, alarm systems as well as CCTV cameras need to abide by the compliance laws drawn up by the Irish government –including:

The tedious process deters businesses from expounding upon security because it comes at the expense of profits. However, there are contractors who aim to take away these worries and take upon the massive task themselves. In Ireland, The PSA (Private Security Authority), EQA (Ireland), and Safe Electric are the most popular compliance bodies that people turn to.