What Ban of Fossil-Fuel Vehicles By 2030 Means to Us? 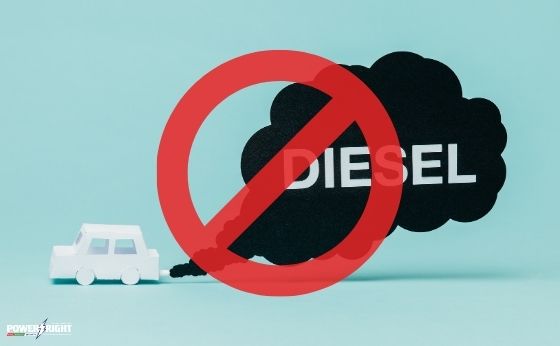 Have you heard of a fossil-fuel vehicles phase-out process? The Republic of Ireland, together with more than 10 countries and 20 cities around the world, enforces a ban on the sale of new fossil fuel cars by 2030.

The main goal is to mitigate the effects of climate change on Ireland’s society, environment, nature and economy. The short-term plan is to reduce Ireland’s carbon emissions by 30 per cent by 2030. The ambitious long-term plan is to achieve full carbon neutrality by 2050.

What is it all about?

This legislation is one of the measures in the government's Climate Action Plan. Generally speaking, the aim is to make sure all new vans and cars in Ireland will be electric in 10 years.

Implementing this regulation is necessary for reducing carbon dioxide (CO2), and other air pollutants emissions as passenger vehicles are responsible for 15% of all greenhouse gas emissions in Europe and about 20% of Ireland emissions.

Limiting the number of such pollutants as diesel PM10s and nitrogen oxides will help to mitigate health risks from pollution particulates. Besides Ireland will be able to meet national greenhouse gas targets under international agreements such as the Paris Agreement and the Kyoto Protocol.

Moreover, reducing the impact of climate change is the number one priority to avoid negative consequences on humanity in the future.

By phasing out diesel vehicles, Ireland is hoping to have about 936,000 electric cars on the roads by 2030. EVs are easier on the environment as they don’t have an exhaust system, which means they have zero emissions.

Other benefits of being fossil-fuel-free

Changing from a petrol or diesel car to an electric car is advantageous not only for the environment but for users and business owners.

Even though EVs are still more expensive than the conventional vehicles (the technology is developing fast and we can expect price fall by half before 2030), they are cheaper to charge.

For example, you can pay-as-you-go at a rate of 33c per kWh at the charging station, or you can get a plan and pay about €5 monthly for a rate of 29c/kWh. The network of public and residential charging stations is expanding rapidly and soon finding a spot will not be a problem anymore.

Meanwhile, there is still a gap in the market as the number of EVs is rising faster than the number of fast-charging points. This is a great opportunity for roadside businesses to expand their service. Charging an electric car takes about at least 30 minutes and cost about €6-7 for about 100km of range. While waiting for their car to be ready, the users may be willing to get some additional services as cheaper electric charge spares them some money. Good time to enjoy a cup of coffee or lunch at the station shop!

The businesses that take action now and decide to fill in those gaps will enjoy a first-mover advantage. Moreover, they will be able to take up the best locations and develop innovative business models.

A phase-out of fossil-fuel vehicles is now in sight backed by the rapid growth of electric cars and renewable sources of energy to charge EVs’ batteries. Ireland, together with such countries as Norway, the Netherlands, France, Sweden, the UK and others have already declared their plan to ban new petrol and diesel cars between 2025 and 2040.

Even though this decarbonization process seems complicated and costly, it is inevitable and requires many industries, including automotive businesses, to react and adapt fast. At the same time, using electric vehicles means a better environment, healthier society, independent economy and many new business opportunities.