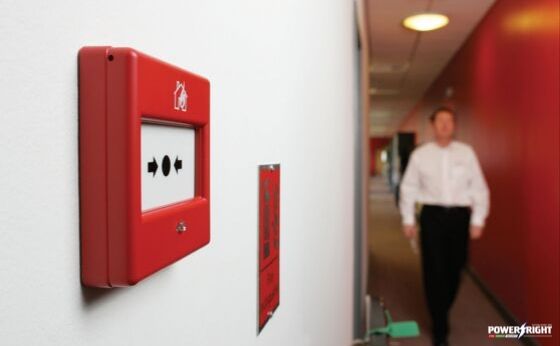 Fire alarm systems or fire detection solutions are not new. They have been around for quite some time.  In Ireland, these two types are most common so far.

As the name suggests, this fire alarm system for small to medium businesses is cheaper as compared to other systems. It is also relatively easy to set up.

It works to identify a particular “zone” in your building when it receives any smoke signals. This zone is identified on the control panel and may be named as general as “first floor” or “ground floor.”

Now, depending on the location of the detectors, the zone sphere could be anywhere between 200 meters to 2000 meters. That means you’ll have to search for the cause of fire in this sphere.

This increases your time to tackle the cause and thus, the fire eventually. You may also fail to understand the intensity of the fire caused. Sometimes, that leads to a delay in an evacuation.

This is the second type of alarm system that is being employed by businesses in Ireland. As compared to the conventional system, it indicates the exact place where the fire could break out.

For example, if smoke is detected on the first floor of your building by a detector or sensor installed near the entrance, you will search the “first floor” with the particular device name and the location of the device such as “entrance”.

As you can see, amongst other fire alarms, this system bags more features. If you own a small business, you can install it. However, keep in mind that it is costly and also unnecessary if you are thinking of installing it in a small area. That goes to say that addressable systems are appropriate for larger buildings only.

Which one to choose?

Choosing between both fire alarms for businesses in Ireland can be a daunting task. But if you look closely and weigh your needs to their features, we’re sure you’ll reach a decision.

The conventional fire alarm system is for a small area. Although it has lesser features, we’ve seen that fire brigades can locate the fire quickly because they don’t have to search for a wider area.

Still, if your business deals in inflammable materials, you may want to skip this one. You’d want to locate the fire exactly where it started. In this case, addressable fire detection solutions should work for you.

We’d also like to share here that addressable systems have another edge and that is fire alarm maintenance. Obviously, it cannot repair on its own, but it can give you an indication of what possibly is the cause of the malfunctioning of the system.

For a large business occupying a large building, this feature could be a blessing as it mitigates the chances of tampering and tells you if anything of that sort happens.

So, this was all about fire alarms and systems. As we said, you should access your needs, look deeper into your building plans, and then decide which system to opt for.

Even after that, if you still have problems, you can talk to us or learn more about our fire, escape, and emergency lighting service here and here.