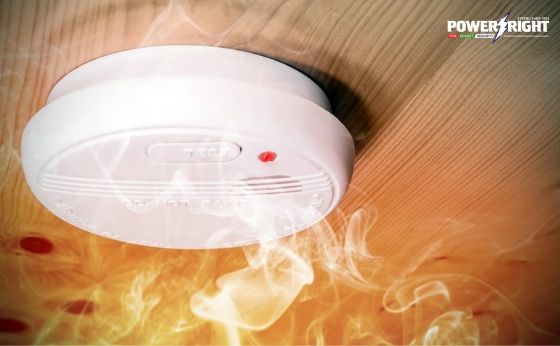 To protect your home or business from the hazard of a possible fire, you will need something for protection and security. Two very common appliances used for this purpose are the smoke detector and the fire alarm system. Both of them have their own particular usage and are essential in helping you and your building stay safe from fires. Here’s what you need to know about both of them:

What is a Smoke Detector?

A smoke detector can easily be defined by its name. It is a device that is used to detect smoke. It is nothing more than a sensor and is able to detect when there is an inappropriately high amount of smoke being produced in your house. Hence, it’s a sensor and does not do much more than recognizing the fact there could be an irregularly high amount of smoke in your house.

What is a Fire Alarm System?

What is the Difference Between the Two?

There are a number of differences between a smoke detector and a fire alarm system. They can be summarized to:

Do they Require Replacements or Service?

Fire alarm systems do run on a power source and thus need to be maintained. They need to be tested every single month and have to be tested for their batteries and their response times to some changes in the environment. Your business smoke alarm and every other appliance connected with it have to be in top shape. If it is not properly maintained, you might have to replace it.

Which One Should You Get?

Since smoke detectors do not perform what you require in a business smoke alarm, it’s the full-fledged fire alarm systems that you need to get. They are able to provide responses instead of simply sensing the smoke.

Smoke detectors and fire alarm systems are quite different with the former simply acting as a sensor while the latter provides responses. For a business smoke alarm, you need a fire alarm system and also need to maintain it.