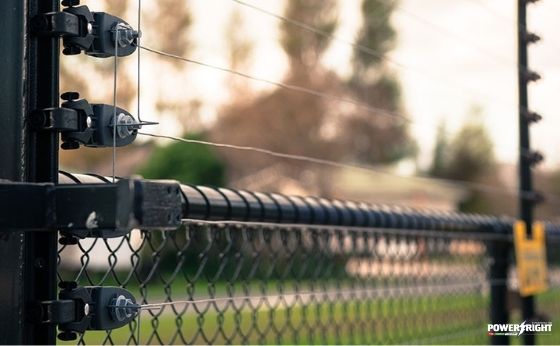 Most of the people feel safe when they are at home. Your house is more than just a place of living. It is something that protects your family and belongings. Sadly, your home can also be a target of criminals. According to statistics houses without any security systems in Sligo and all over Europe are about three times more likely to become the target of burglary than homes with security systems.

Protecting your property with affordable perimeter alarms set up by an experienced perimeter security installer can take your overall home security to a whole new level of safety. A reliable home security company in Sligo may advise you some effective perimeter safety solutions that can protect your property by detecting and catching the potential intruder long before they get into the house.

What Exactly is Perimeter Security?

Perimeter security has been around since the moment people started to have some property to protect. An outer perimeter defines a property boundary. These solutions also act as the first line of defence against burglars or trespassers. An outer perimeter is usually marked with a fence, wall, hedge or gate. Thus, we can distinguish natural access control and territorial reinforcement solutions here.

Such a situation is dangerous particularly for homes with long driveways and more open space. A reputable home security company in Sligo will recommend maximizing your home security by installing several affordable perimeter alarms or using other technologies.

An experienced perimeter security installer would suggest you to optimize your home safety benefits by combining your existing indoor home security system with affordable perimeter alarms and some security measures below.

1. Gate and fence. Easy targets for intruders are homes that are not difficult to get in and get out. So, installing a gate or fence, around your property will make a burglar think twice, as climbing a fence might be too much effort.

4. Motion sensors on your property line. Motion sensors use PIR detection. Such sensors are able to differ the shadow of a bush from a person entering your property. Any reliable and experienced perimeter security installer will tell you to place motion sensors in such weak security points as locations where your gate or fence line ends.

5. Protect the inside. Protecting your house perimeter is not possible without securing your home from the inside. Make sure to have window alarms, door locks, motion sensors and indoor cameras.

6. Security system sign. Any home security company in Sligo or elsewhere would probably supply you with a home security sign. Display the sign to ensure intruders stay away from your house.

7. Dog. These animals are quite effective deterrents for burglars. They don’t want to approach an aggressive dog, so, they would rather leave.

There are several popular types of perimeter security alarms and sensors to boost your house safety:

1. Microwave barrier perimeter alarm is perfect for the outdoors. It creates a vertical wave of microwave beams. When someone walks across the perimeter, the waves are disrupted, and the sensor emits a loud siren. This sensor needs a significant amount of energy to function 24/7.

2. Infrared barrier. It is easier to install and requires less energy. The barrier emits a photoelectric beam or infrared waves vertically to create an invisible wall. If a potential intruder walks through the sensors, and the siren is triggered.

4. Perimeter device with fence detection is usually placed under a layer of soil to identify vibrations from foot-fall. When it happens, a siren is activated.

5. Motion sensor security cameras can monitor your property and record what is happening. Outdoor surveillance cameras are weather-resistant. So, they can record footage regardless of weather conditions. When there is motion, the camera will send you an alert.

Homeowners, especially those who have more property, longer driveways and larger backyards, need to consider the advantages of perimeter security systems. Such solutions start at the property line and extend past the home. The security devices are placed outside at the entry points and can alert the owners when someone enters the property.

Any professional home security company in Sligo or elsewhere in Ireland would recommend such effective security tools as fence and gate alarms, outdoor surveillance cameras, motion detection sensors and outdoor siren systems. Perimeter security aims to ensure lasting safety for more than your house. It gives the owners foresight into possible danger.